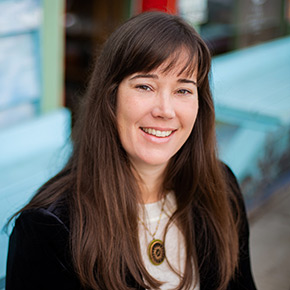 She is the co-author of two published books of nonfiction and is working on two novels (drafting one, revising the other).

Carey contributed 130 news and feature articles to The Coast News over the course of a year, and her articles have also appeared in The San Francisco Chronicle, San Diego Magazine, SurfGirl Magazine, and other outlets.

Here are some articles she’s written: a feature on the affordable housing controversy in Encinitas, California; an article about the HBO surf documentary Momentum Generation; a profile of a choreographer; a news story about a backcountry firefighting controversy; a Q&A with pro surfer Carissa Moore; an environmental news story on the California swordfish fishery; a snapshot of U.S. Air Force Brigadier General Jeannie Leavitt, the nation’s first female fighter pilot; a feature on white sharks, a news story on San Dieguito Union High School District; an article about two women giving foster youth inspiration through nature; and a feature on a free diver. Other samples available upon request.

Carey has written for a variety of clients—ranging from academia to outdoor adventure.

Are you looking for a writer or editor for hire? If so, please check out the services page or contact Carey to see what she can do for you.

“Carey Blakely is one of the most established, professional and high-quality writers I have experienced within this industry. Her writing is superior and we know she will always produce ‘bestseller’ works. My team and I fully endorse Carey and will continue to utilize her writing skills for years to come.”

Karen L. Ammond Founder and President of KBC Media;
Karen represented Next! as the book’s publicist

I Love Working with Carey Blakely

“I love working with Carey Blakely. A writer who keenly knows the craft of storytelling, Carey sets the perfect tone for our target market. Her perspective is fresh and her writing crisp—and she respects deadlines!”

“I am a person who expresses myself vocally, but I don’t know how to parlay those thoughts into writing. I was very fortunate to work with author/writer Carey Blakely who turned the ideas I expressed aloud into a cohesive, well-written book. Carey also helped me stay focused and organized...!”

Barbara Summers Carey’s co-author of Next!,
as stated in an interview with Bookpleasures

"In 2013, I began working with Carey; at the time, I struggled with time constrains and writing confidence. At first I felt guilty getting help, BUT after my first effort with Carey, I knew I found someone whom I could trust. Carey, I came to know, would respect my determined mindfulness while offering kind and professional guidance. She is so easy to work with. 100% Return on Investment!"

“Anza-Borrego Foundation has had the privilege of working with Carey for several years now. Her editorial skills are indispensable to our organization. Her work is thorough and thoughtful. On several occasions Carey has gone above and beyond to make helpful suggestions that improve ABF’s impression to our members and the public. I would proudly recommend her for any job, large or small.”